World Rugby approved a temporary international calendar on Thursday that opens the door for Japan’s national team to possibly compete against top European sides from the Six Nations Championship.

The new calendar, a response to the disruption caused by the novel coronavirus pandemic, will allow the Six Nations two consecutive weekends from Oct. 24 to complete its schedule, which had been postponed since March. 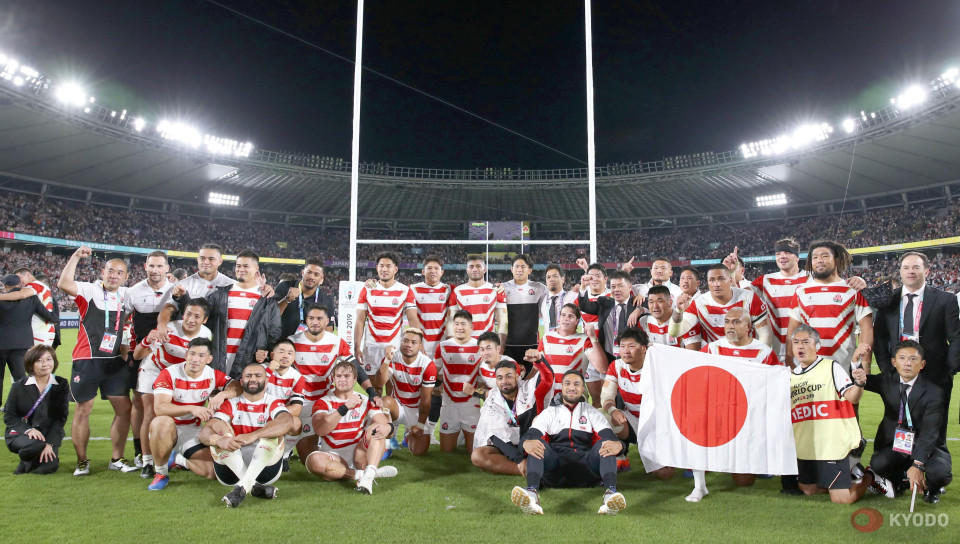 Japan players pose for a photo after the team’s 26-3 loss to South Africa in a Rugby World Cup quarterfinal in Chofu, western Tokyo, on Oct. 20, 2019. (Kyodo)

Following one week off, the calendar allows for four consecutive weeks of internationals. To fill those dates, multiple media reports have Japan and Fiji joining the Six Nations sides in an eight-team, two-pool competition.

Travel restrictions permitting, Japan would compete — according to a report in the Guardian — in a pool with Italy, Scotland and France, while Fiji would join England, Wales and Ireland. Each side would play all its pool opponents. The final week would see each team square off against the national side who finished in the same position in the other pool.

Following Japan’s riveting success at last year’s Rugby World Cup in Japan, the Brave Blossoms had scheduled summer tests with England and autumn tests against Scotland and Ireland, but all have been canceled due to the pandemic.

Who would line-up for the All Blacks in a hybrid Kangaroos clash?